Top 10 Spoilers To The Popular Games 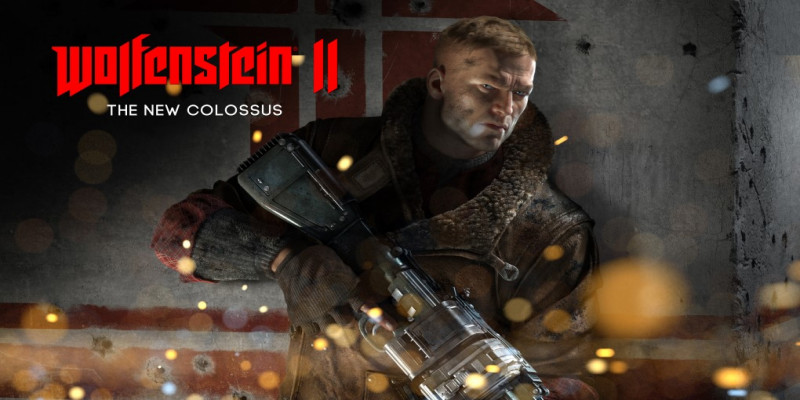 You’d better look away unless you want to know how the story ends. Spoilers are the menace of the 21st century. We search for them every time we fall in love with the game. Some of them can actually attract our attention to the new game we have not played, others were made to help us tease our friends.

Many games on the list are becoming history, so we have to remind you how great these games can actually be, or possibly spoil them. Take a good look at all of these games and remember why you liked them in the first place. While the new consoles are on its way, it is always a great idea to come back to the classic.

We gather here only the best spoilers for you. We reveal the best moments in the game you may have missed or still have not reached. If you have not found your favorite game, but know something juicy about it, share it with us in the comments.

This game is one of its kind, being a mix of a storytelling game and a dating simulator. It is all about narrative, without any action. But weirdly, we love it. This is not the first, the last or even the best of the narrative games. We all played the Walking Dead series, for Pete’s sake! But Doki Doki Literature Club is a sweet and naïve story told by anime characters that touches our minds and hearts. It starts with an unpredictable twist when a classmate of the protagonist dies. It is not something you expect from such games. This tragedy pushes you to try new ways in the game, explore all your possibilities.

When more students die, you begin to wonder why is this happening and start investigating the mystery only to find out that Monika, your classmate, is responsible for everything: she deleted the data of those students, and you have to stop her. Now you have to delete her data and open your own files.

This game is full of twists and turns. During the last minutes in-game, it was revealed that the son of the Kratos Atreus is actually Loki. Yes, the one that prefers to mess up with Thor, a trickster who occasionally drives all the Gods nuts, and may be responsible for Ragnarok, which is the end of the world.

It is hard to believe that you played the same game after you found out the truth. You begin to wonder what small hints you have missed. For example, does Loki have something to do with giant serpent Jormungandr? Apparently, Loki is his father.  And we saw this coming when the snake found something familiar in Atreus. Is there a way to reveal the end of the story with these spoilers? Apparently, yes. But wait till the next game appears. New secrets may come out on the surface.

Do you remember how the story of John Marston ended? This was an example of the best spoiler in video game history. This man did everything to protect his family. He left his own life behind. And after everything he went through, he was killed by the men he helped once. You may even think that you can actually kill your enemies. But you never can.

The death of the hero is one thing we did not expect from the game. But the new chapter opens suddenly with new hope as Jack Marston, the son, steps in front. The reality as it is. Three years have passed since his father’s death, and Jack promises to kill his father’s killer. He manages to perform it, and now he is an outlaw as was his father. The circle of life.

This game offers an impressive twist somewhere close to the end. We believe that this is a ghost story for quite some time. Possibly this can be explained by numerous hints on the former owner of the house, who was a psycho. When Katie comes home from the trip, she sees her family gone. Now she has to find out the truth. You will have to search your house and read notes and journals.

Gathering clues left by her family, she finds out the secrets of her sister. The tension rises. We expect the worse until we find out that Sam just ran away with her girlfriend.

Only in the end, the game reveals everything about the powers of Elizabeth and the world she lives in. While it confuses us, Zachary Comstock's true identity is even more shocking. And let’s not forget about lighthouses.

Who knew that you are playing not only the main character but a villain Comstock as well? The same question arises when we understand that Elizabeth is our daughter from another timeline. There is a bunch of Elizabeths who want to draw their father. The story is revealed step by step. You can find out the tie between BioShock and BioShock Infinite or take a walk between lighthouses.

You have a choice at the beginning. You can pick either Kassandra or Alexios as your main character. And we think we know Kassandra’s story and why she was abandoned by her family. Her father sacrificed his baby son Alexios by throwing him down from the cliff. Kassandra was eager to help, tried to reach the baby and fell down together with him, but somehow managed to survive.

And that is when the Cult of Kosmos, evil worshipers of Deimos demigod, steps in. Alexios' epic come back as a villain is a surprising twist we did not expect. Now you help to save him again.

What we see in Wolfenstein 2: The New Colossus is an upset, devastated, gloomy B.J. Blazkowicz. All he is actually doing during the first act is complaining about his state. And we totally get it. He has his reasons.

Yet, it also would be great to see B.J. we used to know. We almost receive hope. But no, after everything that has happened, the story ends with B.J. head falling from shoulders. At the time when you begin to look for another character, it looks like resistance managed to keep the head of B.J. and save it in the jar. After that, they came up with an amazing idea to glue/stitch the head to the body of a Nazi soldier. How do you like this spoiler?

There are numerous spoilers in the game. Some of them are big, others not so much. It is a puzzle game where your main goal is to find clues, gather pieces, solve the mystery. Outer Wilds is so tricky that you may waste all of your time digging in the wrong direction.

The more secrets you reveal of Nomai technology, the more confident you will feel. You may eventually find out that they were messing with your solar system, turning the sun in a supernova on the day of spaceflight. However, you can’t blame Nomai. In the end, you find out that our sun is just dying naturally, because of the heat.

Two games in Dragon Age series were about you watching your friend getting stuck in poorly ending romance. Both of these games contain characters we may easily fall in love with who turn out to be not the best option at all. It is always complicated when it comes to Dragon Age's good and evil sides.

Just take a good look at Dread Wolf, a trickster who plans to destroy the world. But on the bright side, he is an incredibly caring, attentive and sensitive date. Except, he is not so nice anymore after he cuts your arm small detail. Think about your wrong choices and why you make them. In Dragon Age 2, the man looks almost perfect until he turns out to be a terrorist who starts the war of Mage and Templar.

While Frog Fractions may be the weirdest game you have ever played, it is really entertaining. It looks like one of those education games, as you begin by playing the frog who has to consume fractions on a lilypad. Every time you do this, you feel really cheery. Well, your mood will be gone at the moment when you unlock the turtle.

The gameplay changes. This game is turning into something weird. You have to go through the maze to the game with text only, and after that to the courtroom. It is hard to predict the game’s next twist. Probably this is what makes the game so thrilling. Or maybe it is just a total vivid craziness you love. It goes both ways.

If you have read the article until this moment, the answer is probably yes. Spoilers may actually show you the most interesting parts in the game and help you to pay attention to them. They can give you certain clues or a new mystery to solve. We gathered here our favorite spoilers from top games. But it is possible that you did not find your own favorites here. In this case, write down the games in the comments and let’s discuss spoilers to them.

We are eager to know whether you have found these spoilers helpful and interesting. Share your thoughts here. And remember, you don’t have to read spoilers if you don’t want to know them, and you don’t have to tell them to everyone once you’ve read. Ask people nicely first, and then crush them with your knowledge.